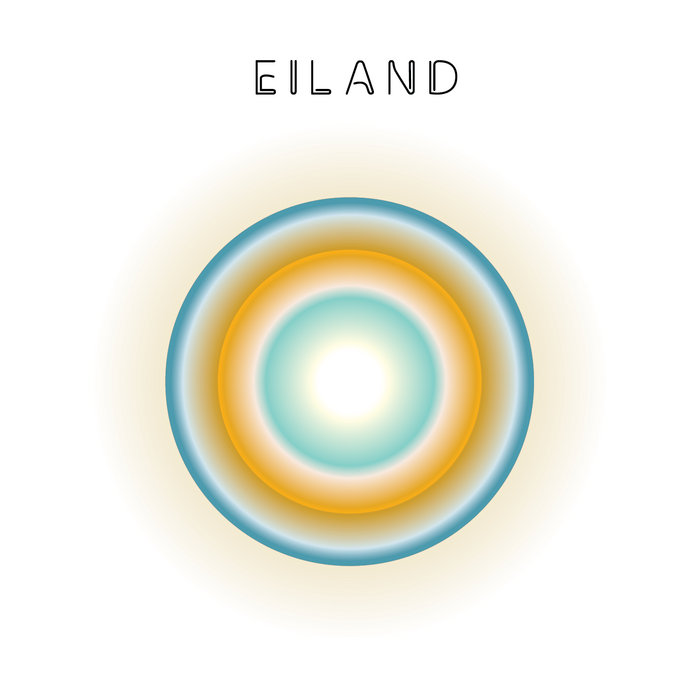 It’s 2016 and when Stroom.tv and Kunstencentrum Vooruit joined hands to organize that year’s Full
Moon Healing they asked Bruno Coussée (Manngold, Rheinzand) to provide an opening act for
headliners Gigi Masin and Laraaji. He then turned to Marcus Scheibmaier and Steve Slingeneyer (One
Man Party, WWWater, ex-Soulwax) explaining his vision for a musical poem, a sonic tale of the
Universe. The three embarked on a journey being joined by visual artist Lies Dierckx , her refreshing
ideas and imagery becoming a main character in the concept: E I L A N D was born.
The four worked out a plot that became a success live at the event, immersing the magnificent
Domzaal at Kunstencentrum Vooruit in a simmering bath of audio-visual radiation. They then decided
to have the whole experience properly recorded in both sound and vision, resulting in the E I L A N D
album and movie.
So now, we’re at the end of 2018 and the E I L A N D album will be released thanks to Wool-E Discs
and its Belgian NeuMusik imprint, true home of the Belgian Kosmische Kuriere.
The sound of E I L A N D can be described as “Ambient structures folding into organic pulses urging
into ancient prayers creating mechanical arpeggiated polygons crashing in deep space releasing
cosmic emptiness”, all this in a mere forty minutes still leaving you time to do the dishes or feed the
cat.
A tour of the screening of the E I L A N D movie will take place in 2019 having its premiere on the
release of the album on the B-Wave Festival in Heusden-Zolder on December the 1st 2018, in the
honorable company of peers like Pyramaxx, Erik Wollo and the great Michael Stearns.
E I L A N D is dedicated to the memory of Patrick "Kosmos" Wille-De Wael, Rest In Space.
This is Belgian NeuMusik Chapter 14

Recorded & engineered by Marcus Scheibmaier during 2016-17

Artwork by LiZenZo, excerpts/stills from “E I L A N D - The Movie” by Lies Dierckx