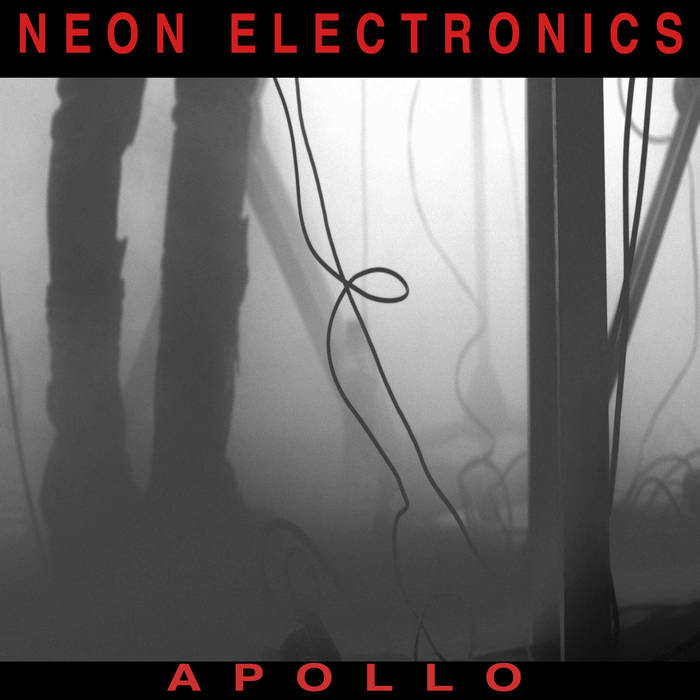 For Dirk Da Davo, writing pretty songs was never a main concern. On the contrary, when it did happen, it was often deemed an ironic twist of fate. The medium is very much the message for the man who for years, together with TB Frank, helmed The Neon Judgement, one of the most influential bands of the electronic post punk scene. At the time of its inception in 1999, Da Davo's Neon Electronics may have been considered a side project, but today, it gets full focus and attention. Its new album, “Apollo”, was recorded together with Glenn Keteleer aka Radical G – who has been Da Davo's partner in crime for many years now – and bass player Pieter-Jan Theunis. The result of this new band formula is simply stunning. The underlying messages – follow your own voice and make it heard; don't allow the media opium to lull you to sleep – have lost nothing of their original relevancy, and musically, the band never sounded tighter and together. Each track has a soul of its own, and the powerfully crisp production enhances the feeling of sheer necessity, With feverish
resolve, monolithic basslines propel the songs towards a dark horizon where, with a little luck, a spark of hope may still flicker. Chances are slim, but the effort is absolutely necessary. With eyes wide open. With passion. With inconvenient truths,
And with songs that crash out of the maquis with the explosive force of RDX. “Apollo” is the most important industrial record you will be able to hear this year.
And that, rest assured, is not fake news.