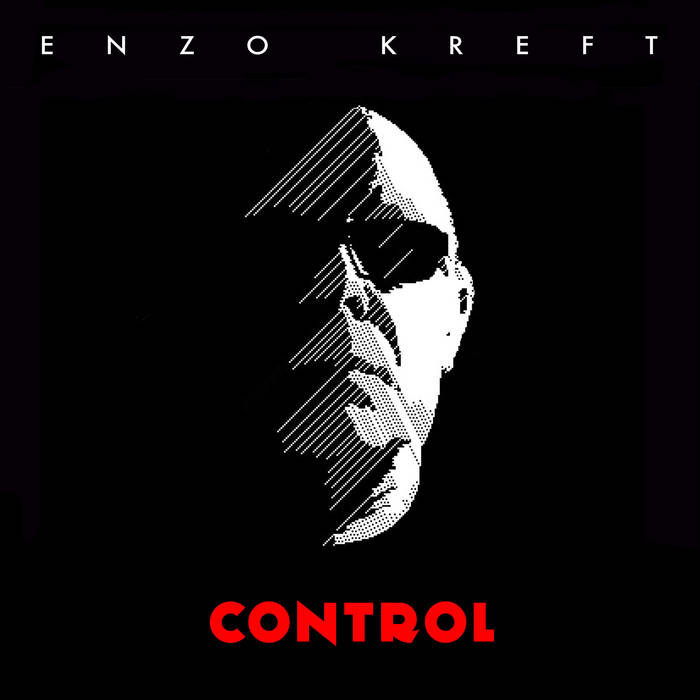 In “Control,” Enzo Kreft examines how people are being controlled and oppressed, the way it happened in a recent past, what dangers threaten us today, and how it might slip into a future nightmare.
Science fiction tracks such as "Scanned" and "Cyborg Platoon" paint a frightening picture of a world in which humans are controlled by rulers like marionettes by means of brain implants. A future in which insurgents
trying to maintain freedom of thought are being eradicated by cyborg armies.
In “Biometrics”, Kreft thematizes contemporary technological developments that can contribute to a dystopian future of totalitarian regimes: advanced biometric techniques in which unique body characteristics (DNA scans, fingerprints, facial features, etc.) are checked, stored and maintained by governments.
We live in a social media society in which our behavior is massively being modified and we're getting the feeling of being happy ("Virtual Happiness").
A world in which we think we’re connected to each other, but in our behavior are dictated by authorities ("Connected"). A world in which there is no longer any certainty about what’s real or fake ("I'm Not A Robot").
"Control" is also a historical look back of what drives people to carelessly follow orders when they feel they’re not responsible for their actions and then commit atrocities ("The Milgram Experiment").
In "Book Burnings", Kreft reflects on a not so distant past in which the Nazis burned books, but he redirects this to a future in which this could still happen, referring to the science fiction film Fahrenheit 451 by François Truffaut. In this regard, George Orwell's famous statement is quoted as saying: “Who controls the past controls the future. Who controls the present controls the past.” Falsification of history as an attempt to manipulate and control reality.
Yet, as in his previous albums, Kreft shows himself to be combative. In tracks such as "In My Head" and "Mindshift", he cherishes the hope that people will be able to throw off the yoke and move around the world
as free individuals. In "Disobedient" he goes one step further, citing Henry David Thoreau, the philosopher who promotes civil disobedience. A call for a non-violent revolution against an unjust establishment.
The album ends in "Imagine A Boot" with the famous last words of George Orwell: "If you want a picture of the future, imagine a boot, stamping on a human face forever. Don't let this happen, it depends on you”.