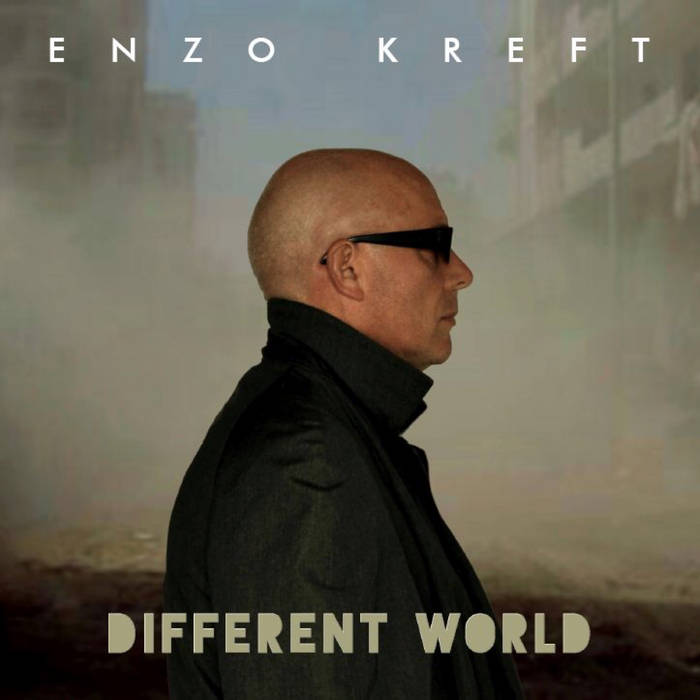 The theme of “Different World” fell into Enzo Kreft’s lap in mid-March 2020.
Initially he intended to work on other topics, but the coronavirus outbreak immediately clung to him and formed the inevitable starting point for this new album. Enzo Kreft saw writing and composing as a way to personally deal with this profound crisis. Kreft himself says that his albums often exude a science fiction atmosphere in which he takes a look at a fictional dark future. This time, however, he believes, the facts have caught up with us and we are in the middle of dystopia.
The day of the first lockdown in March, elaborated on the album in the instrumental opener “Day Zero”, marks the starting point for “Different World”.
In “Woke Up This Morning”, Kreft awakens in this other world. It is a sun-drenched spring day in which there is no cloud in the sky, but unfortunately, nothing could be further from the truth. “It's stranger than fiction,” he sings in the chorus.
In "Viral Paranoia", a haunted and frightening track, Kreft gets into the head of a conspiracy theorist who claims the virus was developed in a laboratory.
Kreft calls this literally breathtaking virus “Breathtaking Beast” and subjects this “beast” in the song of the same name to a lot of questions. Questions from ignorance and powerlessness, to which we all fall prey,
because nature, to which this virus also belongs, knows no boundaries.
In this context, we also remember the images that reached us through the media of wildlife that began to populate the empty streets of cities during the lockdown. "Nature Isn't Bound By Borders" sings Kreft in the
fifth track of the album. It forces humans to humility, Wall Street will eventually be overgrown and turn into a green zone, says Kreft very symbolically. The economic growth model, the way in which humans devour the earth, is unsustainable.
Kreft sees the current pandemic as a symptom of a much bigger crisis. The titles of the instrumental tracks “Zoonotic Transfer” and “Pandora's Box In Permafrost” are telling, it is not unlikely that we will have to deal
with a number of other outbreaks in the coming decades. They are related to our way of life. In the following tracks Enzo Kreft wants to approach “the bigger picture”. In “Far Beyond Our Means” he takes on the role of an overconsuming Westerner with an unrelenting gluttony and wastefulness that puts unbearable burdens on the planet. “Ostrich Politics” describes the ostrich reflex of those in power towards global problems that are
heading towards us like an avalanche.
What is the legacy for our children, Enzo Kreft wonders in “The Legacy”. Yet the circus keeps going, that’s what he sings and screams at the end of “It's Going On And On”. Finally “Different World” closes with the
instrumental “Anthropocene’s End”, the end of the “Age of Men”.

Check the video for "Its Going On And On" here: youtu.be/0WbLgZmVTxw