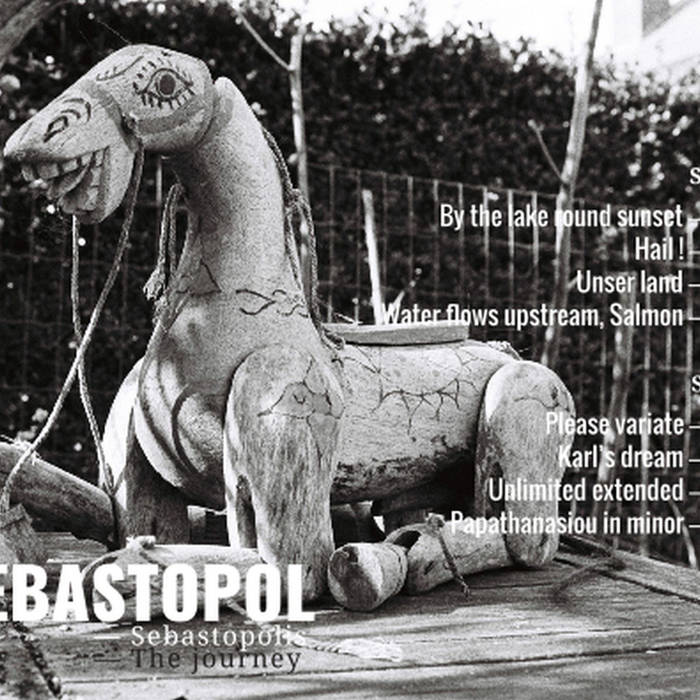 The early eighties: even in the idyllic shadow of the fruit orchards in rural Sint-Truiden, the soundtrack in Marc Debroey’s head is defined by (post)punk and twilight synthesizers: he releases two singles with Indicators (a punk rock band already containing the nucleus of what will later become Fats Garden) and delivers, as 7 A Nou, together with Erik Van Breugel the minimalistic synth piece ‘Victims’ for the EP “Mister President’s Breakfast”, a 7-inch currently commanding a handsome price.

The spectrum would soon be broadened, though. In 1988, new band Fats Garden reaches the final stage of Humo’s Rock Rally, the country’s leading talent competition, and Debroey’s Voice (capital ‘V’ intended) receives high praise from the expert panel. 1990 sees the release of the albums “Buried In Eden” and “Tree”, both on the prestigious Les Disques Du Crépuscule label. Comparisons can only be made on an international level: the atmospheric dream pop of David Sylvian, Tears For Fears and The Blue Nile, or the introspective romanticism of Blaine L. Reininger. Reviews are raving, but sales figures disappoint, resulting in a serious emotional hangover and ultimately, the splitting of the band.

To deal with the disappointment of the break-up, the pomp and circumstance of Burt Vegas & Combo proves a considerable help: this sort of Bonzo Dog Band fronted by a maliciously funny Liberace takes the country by storm. Hundreds of live gigs, from deranged communion parties to a festival ground of 5,000 and everything in between. It’s a lot of laughs and even more great music, but inevitably, it comes to a grinding halt. At 30, Marc Debroey seems to have run his course. The story that began in a church choir and on dodgy open mic nights, and then turned into a bona fide musical trajectory with Fats Garden, scores of harmonica guest appearances in the legendary Leuven blues club Seven Oaks and the Burt Vegas saga, has come to an end. The reason: “Seen that, done that, over and out.”

Music keeps playing a major part in Marc Debroey’s life, though, albeit on the other side of the fence: in 1989, he started working as a stock keeper for [PIAS]. Today, he’s a sales director, but more importantly: he has always remained part of a world where creativity and following your gut feeling are considered assets. And where a benign Peter Pan Syndrome is not necessarily scoffed at.

Inevitably, after a few years, the siren’s call of the home studio proves irresistible. In 2005, a new LP, “A Soundtrack From The Last Few Decades”, is released under the Mauk moniker. It’s a highly personal and therapeutic record, on which Mauk from Kessel Lew deals with a number of personal traumas, while simultaneously perfecting the art of putting things into perspective. Again, most reviews nod approvingly: “’Fugitive Of A Very Special Kind’ – which receives a stoned Philly reprise further on – is an undeniable masterstroke. On top of that, Mauk is still blessed with that golden larynx, allowing him to lift even a half-decent song into orbit.” (soundslike.be)

But then, again: another ten-year silence, though not without creative output: photography has always been one of Debroey’s passions, and now it becomes his main outlet. Analogous photography, that is, on 35mm film. And with the right camera: from the Olympus Mju-II to the Nikon F series. The music’s still there for Debroey the professional and the fan, but the urge to write and sing seems to have faded.

Until now. Until Sebastopol. A new State of the union, unconcerned with being the flavour of the month, but firmly focused on the journey and the destination.

The initial idea of releasing a totally instrumental album is (fortunately) abandoned fairly quickly. In a way, the songs themselves ultimately decide whether they need vocals or not. Soon, it becomes clear that the release will need to be a diptych, with a vinyl & cassette edition (“The Journey”) containing only instrumental pieces and a CD (“Sebastopolis”) with vocal songs. Journey and destination indeed.

(Taken from the bio by Bart Azijn)